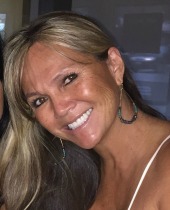 As you look to sell or buy a home, commercial property, business, or acreage, or looking at other real estate adventures, you are in experienced, thoughtful, and diligent hands when working with Liz Frederick.

A mother of 3 grown sons, Liz has excelled in her professional career as an attorney, a broker, and a business woman. She was not born in Rapid City, but considers it to be “home.” Having been raised in a military family, and being adventurous on her own, Liz has lived in many states and countries throughout her life. She has had years of experience in the hospitality industry as a bartender which provided her the foundation for working in the public sector. While bartending nights, she attended Black Hills State University in Spearfish (1988-1992) during the day, graduating Summa Cum Laude with a double major in Communications and Psychology. In 1993, she went on to pursue her Juris Doctorate at the University of Nebraska in Lincoln, graduating in 1996 with her law degree. While in Lincoln, she served as a judicial law clerk for the Lancaster County District Court for two years, and then moved back to Rapid City in 1996,starting her own successful law practice as a trial attorney.

In 2017, Liz received her Broker’s license and joined South Dakota Properties and the world of real estate. Being an entrepreneur in real estate personally, she decided it was time to bring her knowledge and experience to others in the real estate realm. As part of her many business adventures, she also owns and operates a local neighborhood pub, Joe’s Place Bar & Grill (2006-present).

Liz has served on many boards in the community throughout the years and has always taken pride in promoting the Black Hills community, schools, and sports through sponsorships and donations.